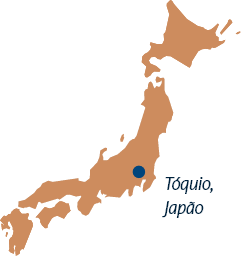 "Living and working in a different culture has been a great experience."

I believe that in the current market, we have to reinvent ourselves and try to be different to have greater chances of success. With that in mind and taking into account my more than six years at Demarest, starting in 2012, I decided to invest in an LL.M. at Keio University in Tokyo instead of conventional LL.M.s in other locations such as the United States and Europe.

This decision was made after conversations with members of the firm, who supported me and encouraged me to follow this ‘different’ way to pursue my niche. The support of Demarest and its partners for my plans was integral to this unique experience. I have much to be thankful for.

Initially, I will be in secondment for a period of five months at the firm Atsumi & Sakai. After this period, I will join one of the largest Japanese corporations for a further six months, which may be extended for up to one year.

I have no doubt that I matured and evolved greatly as a person during this period living in Japan.

I think the big difference between how I live here in Japan and my work in Brazil is not in the work itself but rather in the corporate culture. It is amazing to see, learn and apply some of the local particularities like hierarchy and discipline and discover how everything has a meaning.

I will take with me great friends, good memories and the desire to make Brazil a Japan.”